Know anyone interested in beginning their family tree?  Please let them know about a meeting of the St. Louis Genealogical Society's African American Special Interest Group on Saturday, February 7 from 11:00 a.m. to 1:00 p.m. in the Training Room (Central Library, 2nd Floor).  There will be a discussion on indexing Mississippi records and a roundtable discussion on breaking through the "brick walls" encountered in African American genealogical research.  The meeting and both discussions are free and open to the public.  Everyone is welcome.


Questions?
Posted by hgblogger at 9:57 AM No comments:

Not watching the new episode filmed at Central Library as we speak? It repeats on Thursday at 1 am on Channel 9.

Haven't learned how to work that DVR yet? You can also catch it later on the Genealogy Roadshow website.

Posted by hgblogger at 7:38 PM No comments:

79 VIEWS OF THE GATEWAY ARCH

The Steedman Architectural Library and the St. Louis Chapter of the Society of Architectural Historians (SAH) present the SAH 2015 Speaker Series, Architecture Around the World. We start out right here in St. Louis, with Justin Scherma, visiting professor at the Washington University School of Landscape Architecture, who will discuss "79 Views (of the Gateway Arch)", a photographic and historical survey of the official neighborhoods of St. Louis. This event will take place in the Carnegie Room from 6:30 - 8:00 pm on Thursday, Feb. 19. 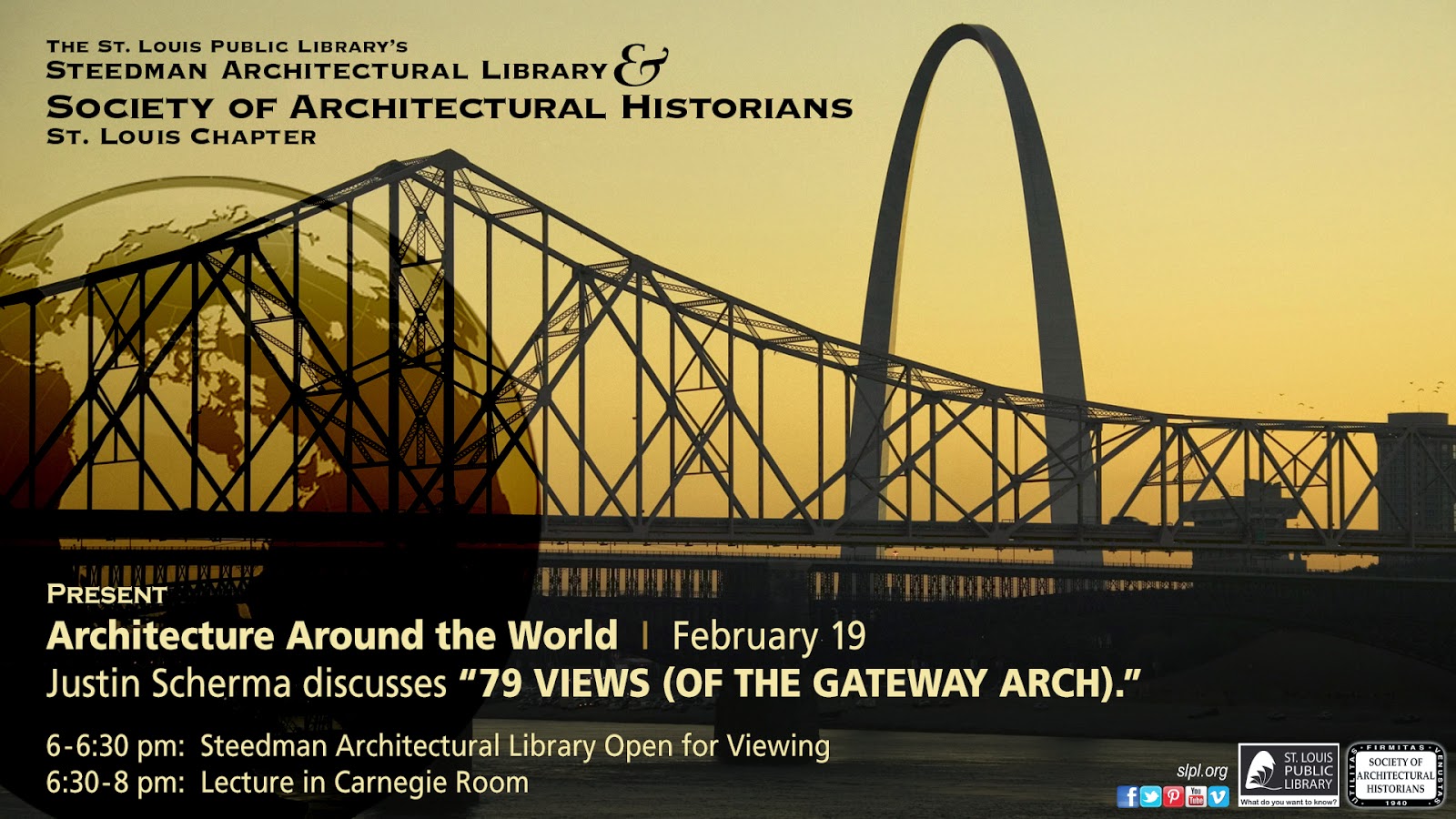 Posted by hgblogger at 2:00 PM No comments:

A quick PDF guide for getting started with SLPL’s Downloadables is available below: 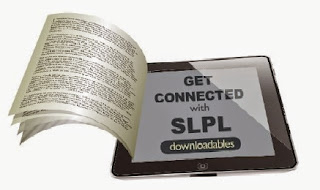 Posted by hgblogger at 1:47 PM No comments:

SLPL has taken the plunge into social media, and here are links to our various sites:

Feel free to help spread the word!
Posted by hgblogger at 1:37 PM No comments:

HONORS FOR A HOMETOWN HERO 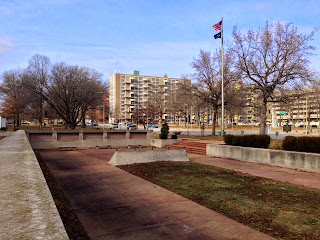 Alvin T. Smith was one of 2,753 St. Louisans who made the supreme sacrifice in WWII. His name is in the Court of Honor at Soldiers Memorial. 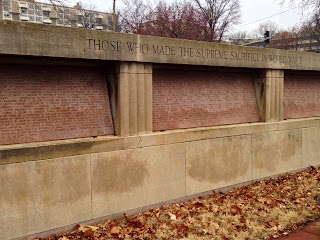 Alvin T. Smith's name is on the west wall, second panel from the south. 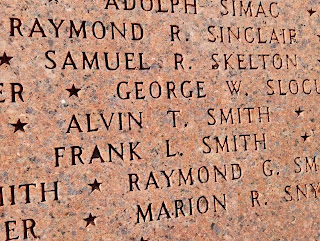 The nonprofit organization Purple Hearts Reunited will be presenting a military medal that belonged to PFC Alvin T. Smith to the Soldiers Memorial Military Museum in St. Louis, MO. On 17 January 2015, at 1:00pm, a ceremony, led by Purple Hearts Reunited founder Zachariah Fike, will honor PFC Smith’s service and sacrifice. The museum is located at 1315 Chestnut Street, St. Louis, MO 63101, and the ceremony will be open to the public and media. Alvin T. Smith was born on 21 November 1921 in St. Louis, MO to Thomas and Virginia Smith. On 30 November 1942, he enlisted in the Army at Jefferson Barracks, MO. During World War II, Smith served in the Army with Company L, 168th Infantry Regiment, 34th Infantry Division. The young soldier was killed in action during defensive operations at Anzio Beach Head, Italy on 02 May 1944. He was awarded a Purple Heart posthumously and is buried in Zion Cemetery, St. Louis, MO. PFC Smith’s additional decorations include the Bronze Star, Good Conduct Medal, American Campaign Medal, European African Middle Eastern Campaign Medal w/ Campaign Star, World War II Victory Medal, and Combat Infantry Badge.

PFC Smith’s Purple Heart medal was discovered in a recycling bin at a Sherman, TX apartment complex. Mrs. Juli Whittaker, a member of the Council for the Advancement of Forensic Genealogy and the operator of Genealogy Safari was able to track down PFC Smith’s nephew, Mr. Jim Brueggenjohan. Whittaker submitted a report about the lost medal to Purple Hearts Reunited, and the organization contacted Brueggenjohan. Brueggenjohan explained that PFC Smith had a son, who adopted the name Alvin Thomas Brinkman, and had passed away in TX. Brueggenjohan and family requested that Purple Hearts Reunited find a home of honor for the medal in PFC Smith’s hometown of St. Louis, MO.

The Soldiers Memorial Military Museum in St. Louis will accept and display PFC Smith’s medal. Dr. Lynnea Magnuson, Superintendent of the Museum, will receive the framed medal from Fike at the end of a public ceremony. Purple Hearts Reunited, founded by combat-wounded veteran Zachariah Fike, works to return lost or stolen military medals of valor in order to veterans or their families in order to honor their sacrifice to the nation. The organization is funded by donations and has returned medals to more than 100 military families and museums to date.
Posted by hgblogger at 2:29 PM No comments:

KILLED BY THE CURE 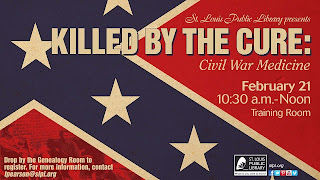 Posted by hgblogger at 11:51 AM No comments:

Read all about us!.